Prior to being recruited to play Division I Soccer at Colgate University: Lindsay grew up in Gorham, Maine. She was a USL Super Y League ODP National Select Player and Maine State ODP player for 2 years. Lindsay was a four-year letter-winner and team captain for the Woman’s Soccer Team at Gorham High School. Her team won three consecutive Western Maine Titles, had a 71 game winning streak, and won two State Championships in 2006 and 2007, and was State Runners up in 2008. Lindsay was one of the team’s top scorers and assist leader in 2009. During her high school soccer career she made the Maine All-State Team, All-Conference Team, and was a Regional All-Star. She was also a member of 3 other teams; Maine Coast United, Portland Phoenix ODP Team, and Odyssey Sport Premier who won the 2009 Maine State Championship.

Executive Coach Alexandra Joy Seits completed her four years of graduate school at the University of Pennsylvania where she is pursued her degree to become a licensed psychotherapist at UPenn’s School of Social Policy and Practice, after studying Nonprofit Administration at UPenn’s Fels School of Government. Prior to four years at UPenn, Alexandra graduated from undergrad at Bryn Mawr College studying both sociology and theater. Alexandra is a certified RYT-200 Ashtanga yoga instructor and is a certified hypnotherapist and hypnotist by NGH at The Center for Success in Wayne, PA in 2012. Alexandra has practiced hypnotherapy since then in her private practice on the bay and overlooking the woods and at private and group sessions at Sunstone in Avalon and Sunset Moon Wellness in Bryn Mawr. Alexandra has previously taught yoga on the Main Line where she was certified in 2012 in Wayne, PA at Yoga with Spirit. Alexandra has taught private and group yoga classes for all levels and ages during the summer in Avalon, NJ at Avalon Surf Camp on the beach, Sunstone Wellness and Massage, and Shore Sports since 2012. As part of her clinical graduate coursework, Alexandra has practiced psychotherapy and clinical social work with patients ages 5 to 93 as a psychotherapist in a hemodialysis clinic, a community-based counseling center, and a residential facility. Alexandra also worked at UPenn’s disability services with undergraduate and graduate students during graduate school. Alexandra currently works in production for Netflix’s Queer Eye on Karamo Brown’s culture segment. Alexandra devises the psychotherapeutic and interrelation activities, metaphors, and locations to cultivate the most expansive healing on seasons 5, 6, and 7 of Queer Eye. Alexandra is certified positive coach and a member of the Positive Coaching Alliance through her role as a Director for Shore Sports in Avalon, Stone Harbor, and Sea Isle. Alexandra loves gardening, cooking, and walking her dog, Kaleido. Alexandra performs aerial arts; she has performed silks, flying and static trapeze, lyra, and web. Alexandra is also an actor and trained for a semester at NYU Tisch’s Stonestreet Studios and is represented by Plaza 7 Talent. Alexandra has appeared on ABC, Oxygen, Investigation Discovery Channel, and Netflix. Alexandra is currently obtaining the SP2 - Wharton Professional Certificate in Organizational Leadership in Social Work. Alexandra launched All Joy Therapy in 2020 as a collection of her therapeutic works:  hypnotherapy, movement therapy, and psychotherapy. As a child and teenager, Alexandra went by Allee, her middle name is Joy, and her last name is Seits which inspired the brand name All JoyS wherein one may go back to their childhood to reprogram limiting beliefs and clear blocks to live the most abundant, expansive, and joyful life. 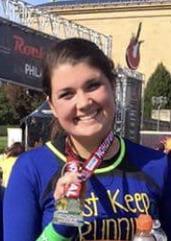 Originally from Larchmont, NY, Ben graduated from Haverford College in 2017 with a B.S. in Biology, and has worked since then as a tutor and lab manager. He started for Haverford College’s Men’s Fencing team his freshman year, and played club soccer in the off-seasons. In the summers, Ben also worked as a belayer and climbing instructor at the local rock climbing gym, TRC. In high school, Ben fenced on the varsity squad all 4 years, and was Captain in his senior year. Ben also played soccer for the school, after growing up playing travel soccer.

Ben is the owner and president of BooC tutors and works with Positive Academy providing tutoring and test prep. 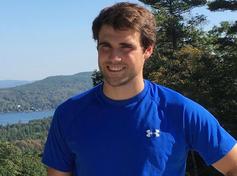 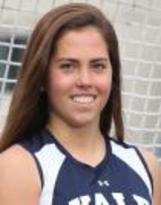 Murphy is from Chicago, Illinois. Just completed sophomore year at Villanova University. Planning on a degree in economics with a minor in classics and business. Played high school soccer at Fenwick High School. Was a Chicago Catholic League all conference (CCL) selection. Named to the All-Area team. Named to the All-sectional team. Senior year at Fenwick advanced to the sweet sixteen in the state tournament. Played club soccer for the united soccer academy. 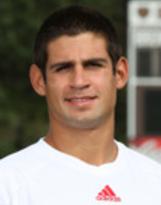 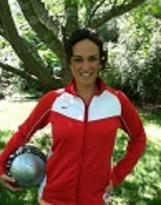 Prior to Georgetown: Kelly was an Under Armour All-American and three-time All-Central League, All-Main Line and All-Delaware County at Radnor High School ... Two-time team MVP for the 2008 state champions ... Led high school team in caused turnovers ... Named MVP at the Women's National Tournament in 2008 with Lacrosse Westline ... Also played soccer and basketball in high school and was a member of the National Honor Society. 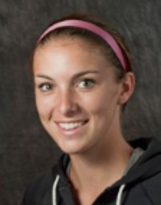 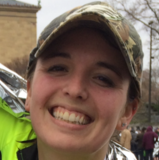 Meghan is a sophomore at Elizabethtown College. She is an occupational therapy major in a five-year program which will allow her to graduate with her Masters Degree. Sports has always been a big part of Meghan's life. starting with soccer at four years old, She continued to play for ten years: intramural, club, travel, and school. She also started playing basketball and club softball in 5th grade and played for her school for 2 and 5 years, respectively. In 8th grade, she gained an interest in volleyball and made the school team without ever having played volleyball before and continued to play throughout high school. Her freshman year school team were the state champions and she continued to play on club teams for a couple years.  She kept sports in her life in college, playing intramural soccer and intramural volleyball, in which she was named team captain.

Ashley was raised in Avalon. She was awarded rookie of year her freshman year along with MVP her sophomore, junior, and senior year at Holy Spirit High School. Ashley broke the record her junior and senior year for most goals scored in one season and most goals scored in career.  She was a team captain and was awarded first team all-conference and second team all-state her junior and senior year.  She also ran track and was the 400m Hurdle State Champion her freshmen through senior year and broke multiple records for Holy Spirit.  Ashley continued on at Marist College where she played Division 1 soccer for 4 years.  She made the All- Rookie Team her freshman year.  She was also awarded player of the week on several occasions. She was on the MAAC All-Academic Team for all of her 4 years.  Ashley continues to play soccer in adult leagues throughout the Philadelphia area.

A graduate of Rowan University with a degree in Health and Physical Education, she volunteered with the Unified Sports program and played for the university’s first ever Women’s Rugby team. She was captain of Cumberland County College’s 2012-13 women’s basketball team, the first team in school’s history to make it to the Region Finals. She’s currently coaching field hockey and girl’s basketball at her alma mater, Cumberland Regional High School. To stay active, she enjoys participating in running events for charity and plays indoor field hockey. She is working on a masters degree in Athletic Training. 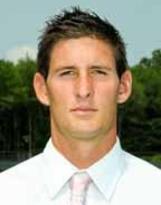 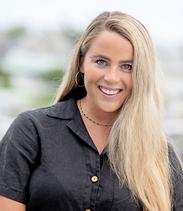 *Staff also includes coaches, counselors and players from college, and club programs (additional profiles will be added and updated soon)

Originally from Medford, New Jersey, Lex is a rising junior at Villanova University, studying
economics and a member of the field hockey team. She was a four year varsity letter winner in both
field hockey and lacrosse at Bishop Eustace Preparatory School. Prior to Villanova, She was named
to First Team All Conference in 2014, 2015, and 2016. She also led her team to a State
Championship in 2016. Previously, Lexi worked the Bishop Eustace field hockey camps where she
helped young girls further develop their athletic skills. Lexi spends her summers in Ocean City, N.J.

Ryan has worked at Seton Hall University after working at Princeton university and Iona and after a four-year career as the starting goalkeeper at Hartford University and four year coach. Carr is responsible for the development of the athletic team’s fitness workouts.  Carr started every game that he played in goal for the Hawks. He finished his career with a 1.45 goals-against average, allowing only 106 goals and recording 346 saves. He stands second all-time with 6,563 career minutes and is fifth in career saves. He is a Certified Strength and Conditioning Specialist (CSCS) and a certified USA Weightlifting Club Coach. Carr also holds a a Master's degree and an NSCAA National Goalkeeping Diploma.

Originally from Wayne, PA, Mikayla is a  sophomore at the University of Pennsylvania, studying mechanical engineering, and a member of the Cross-Country and Track & Field teams. She holds three school records, several all-time marks, and was named second team All-Ivy as a freshman. Prior to Penn, she competed in cross-country, indoor track, and outdoor track at the Academy of Notre Dame, captaining all three teams her senior year. Over her high school career, she was First Team All- Inter-Ac, Delco, and PAISAA, 2016 Inter-Ac Championships MVP, and a five-time medalist at the indoor track state championships. 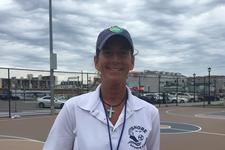 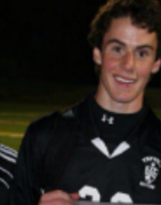 Casey graduated from Gettysburg College with a degree in Mathematics and a Teaching Certification in Secondary Mathematics.  She currently teaches Special Education and Mathematics.  During her time as an high school athlete, she was a three sport varsity athlete and captain in cross country, winter track and softball.  Currently to keep in shape she runs half marathons.

Prior to Georgetown:  Gabby was a member of the FC Delco Fury, three-time State Cup Champion and one of the premier teams nationally ... Team captain and two-time MVP at Radnor ... Named First Team All-County, All-League and the Main Line Player of the Year as a senior. 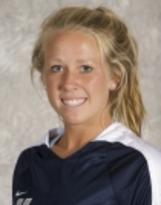 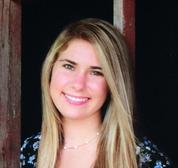 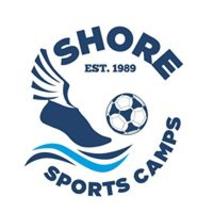 Sue is the former High School basketball coach for 18 years at Middle Township High School and Wildwood Catholic High School. Owner and Director of 3Pointers Basketball Camps.  Former collegiate basketball standout and coach at Stockton University. Sue has been a teacher of the handicapped for 35 years. 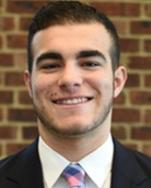 A four year varsity member of both the soccer and baseball team at Bishop Eustace Prep. An All Conference player in both sports and graduated in 2016. Jonathan is a student-athlete at Franklin and Marshall College where he is a business major along with being a standout on the baseball team. Jonathan earned his role as the Saturday starting pitcher in his freshman year. He lives in Cherry Hill, New Jersey and spends his summers in Ocean City.